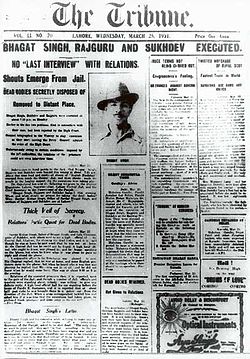 On 7th September, 1930, the tribunal in the Lahore Conspiracy Case (King-Emperor vs Sukhdev and Others) pronounced varying sentences to the young men who were accused of 'waging war against the King-Emperor'. Of the fifteen men at the end of the trial, the majority got transportation for life, three were acquitted while two got RI … END_OF_DOCUMENT_TOKEN_TO_BE_REPLACED