Design a site like this with WordPress.com
Get started
Skip to content
neeruahcop Uncategorized August 19, 2014 2 Minutes
What happens when people suddenly disappear from your life? Spoorloos (The Vanishing), a Dutch movie, released in 1988 is about a man’s search for his beloved who abruptly vanishes from his life.

A young Dutch couple, Rex Hofman (a brooding Gene Bervoets) and Saskia Wagter (a live-wire Johanna ter Steege) are travelling by road to France where they hope to go on a cycling tour. The girl has had a recurring dream about a golden egg and now she tells her beau that in the other night she saw another golden egg join the first one. She believes that something catastrophic is about to happen. The couple’s car runs out of petrol even as they enter a dark tunnel and the two have a tiff as Rex wants them to get out of the car while Saskia insists on searching for her torch. Rex leaves her in a temper and when he returns with a can of petrol he finds that she is not in the car. However, he soon finds her at the end of the tunnel. 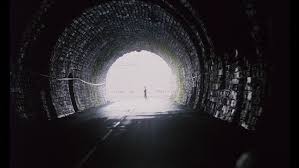 The two hardly speak to each other as they enter a town but soon make up and in fact, Saskia extracts a promise from Rex that he would never abandon her. To solemnise the occasion, they bury two coins at the base of a tree. Saskia now enters a petrol pump store to buy drinks…and never returns.

Rex searches high and low for her, rushing from one place to another. Three years pass and Rex is still searching for her. Though, he has had a few girlfriends he cannot really move on (In fact, his latest girlfriend leaves him because she cannot bear to be part of a menage-a-trois). He puts Saskia’s posters on the walls and appears on T.V. requesting for any information regarding her and whatever happened on that fateful day. 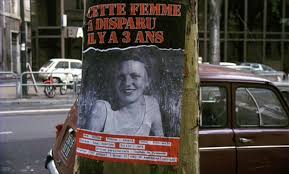 Then one fine day, he is approached by a man called Raymond (with whom the viewer has already been acquainted). Raymond tells Rex that he’d tell him what happened on that day but for that Rex will have to do whatever he tells him to do. Is he telling the truth? Will Rex agree to his demands? Will he ever know why Saskia never returned to him? Is it really a passion for Saskia or an obsessive need to know?

This is an extremely disturbing movie because as a viewer I found that my need to know was as great as that of Rex so much so that I willed him to do whatever Raymond asked him to do. The final denouement was as much of my own making as that of the characters.  Strongly recommended.

Entry for Overlooked Films and/or Other A/V @ Sweet Freedom.