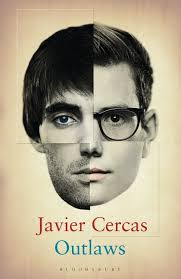 Gerona Ignacio Canas is sixteen year old and at a loss. He is bullied at school and can’t tell his family about it. Enter Zarco and Tere, both from the wrong side of the fence, and take over his life. Soon Canas is involved in purse-snatching, car-jacking, robbery and other petty and not-so-petty crimes. Till the day this summer of madness comes to an abrupt end.

Decades later, Canas now a famous criminal lawyer is visited by Tere who asks him to represent Zarco who has become a legendary criminal. Canas agrees. As the present collides with the past, things become clearer or do they?

One thought on “Outlaws by Javier Cercas”