Skip to content
neeruahcop Uncategorized November 30, 2015 1 Minute
The great events of world history are at bottom profoundly unimportant. In the last analysis the essential thing is the life of the individual. This alone makes history, here alone do the great transformations first take place, and the whole future, the whole hist. of the world ultimately spring as a gigantic summation from these hidden sources in individuals. In our most private and most subjective lives we are not only the passive witnesses of our age, and its sufferers, but also its makers. – C.G. Jung 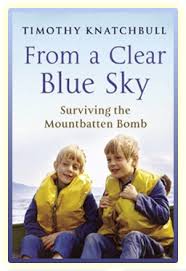 Lord Louis Mountbatten was the last British viceroy of India, the one who oversaw India not only winning her freedom from two centuries of colonial rule but also being dismembered and bathed in blood. I wouldn’t say that the viceroy was an Emperor Nero who fiddled while India burnt but there can be no denying that there was an abandonment practised by the colonial masters.

So, the thing that stuck me most forcefully while reading his grandson Timothy Knatchbull’s account of the bomb that killed Mountbatten was this line:

Among those willing to comment afterwards was the family’s Sligo soicitor, Charlie Browne, who said that it was ironic that people looking for freedom for Ireland should assassinate a man who gave India her freedom..201

WHO GAVE INDIA HER FREEDOM? Excuse me sir, but our freedom was not given to us as an act of charity. Thousands of our men and women died, went mad, suffered atrocities and hardships, were incarcenated, hanged, ridiculed, even died for the British in the wars that our colonial masters dragged us in. Our freedom was won by our own blood, tears, and sweat.

This one-line was so off-putting that it quite spoilt the book for me which otherwise contains a poignant account of Timothy coming to grips with the death of his twin, Nicholas, in that same bomb-blast.

Perhaps I am over-reacting but somehow the line gor stuck in my brain and just refused to let go.

6 thoughts on “Reaction to Reading: FROM A CLEAR BLUE SKY: SURVIVING THE MOUNTBATTEN BOMB by TIMOTHY KNATCHBULL”