Skip to content
neeruahcop Uncategorized October 2, 2015 2 Minutes
On the night of 29 December, 1972, Eastern flight No. 401, took off from the JFK airport at New York to fly towards Miami. It carried 163 passengers and 13 crew members. Its pilot was the 55 year Robert Loft who had a vast experience of flying before him. The flight went-off smoothly but just as they were preparing for landing at Miami, the cockpit crew discovered that the landing gear indicator did not glow green. That meant that the nose gear wasn’t properly locked in the down-position. The problem was conveyed to the tower at Miami and then putting the plane on auto-pilot, the cock-pit crew – Pilot Loft, Co-Pilot Albert Stockstill, Flight-Engineer Don Repo, and technical officer, Angelo Donadeo got busy ascertaining whether the landing gear was down. Meanwhile, the auto-pilot got disconnected and the plane started losing altitude The controller at Miami tower too did not have the plane in view and in those split-seconds in which the pilots discovered the descent, the plane crashed into the swamps of Florida Everglades. Stockstill died instantly, Loft soon after, Repo survived two days in the hospital before succumbing to his injuries. All in all 102 (97 passengers and 5 crew members) people died in the crash – one of the deadliest in the history of aviation.

But the story does not end over here. Eastern used the reusable parts of the plane in its fleet. And then the visitations began. Captain Loft, Don Repo, Pat Ghyssels and Stephanie Stanich, the twoflight attendants who too had perished in the crash, started making appearances in other flights, warning the crew of any difficulty or danger ahead. Eastern, of course, denied all such reports but there are unconfirmed reports that it not only removed the parts of the ill-fated flight from its other planes but also got them exorcised. 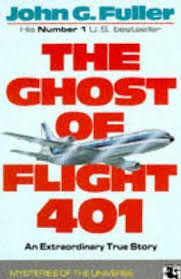 I had no clue about all this before I read John G Fuller’s book on the subject. It is a well-researched book, with the author meeting the survivors; the bereaved family members; those who saw the ghosts appearing; those who would not open their mouth because of the pressure by the company bosses but nevertheless helped the author; the records that Eastern destroyed…all of them tell the story. A ghost story, that according to the author did not happen in a castle or an abandoned house but in the most modern of settings: a jumbo jet-liner. 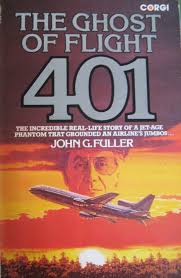 And what about the indicator that would not glow and thus was the cause of the tragedy Later investigations found out that it was because of a fused bulb. The landing gear was in its place but the bulb was fused. A fused bulb!

First Line: I have been conditioned all my life to think that there are no such things as ghosts.
Publishing Details: NY: Berkley Medallion, 1978
First Published: 1976
Pages: 272
Source: H.M.L [F.F. 93]
Other books read of the same author: None