Skip to content
neeruahcop Uncategorized September 28, 2014 2 Minutes
Have you heard of the Babbar Akalis or the Kuka Namdharis or of Kartar Singh Sarabha or of the Komatagata Maru incident or of the Provisional Government of India in Afghanistan? I don’t blame you if you haven’t. I am sure a majority of us Indians too haven’t heard of these. Thus going through Bhagat Singh aur Unke Saathiyon ke Dastavez (The Documents of Bhagat Singh and His Comrades) was like reading an alternate history of India. Here were chronicles of men and women who had fought for India’s independence braving everything, even the mouths of cannons. And yet these people are relegated to one-line (if they are mentioned at all) in the official history of Independent India.

Bhagat Singh, whose birth-anniversary falls on this day, is usually remembered as a fiery revolutionary. What is often forgotten is that he was also an extremely well-read man, somebody who thought deeply about the problems plaguing India. According to his comrade, Shiv Verma, Bhagat Singh always carried with him two things: a pen and a pistol. His Jail Notebook reflects his wide reading. From Jack London’s Iron Heel to Rousseau’s Emile to Dostoevsky’s Crime and Punishment to Lord Byron’s The Prisoner of Chillon to Thomas Paine’s The Rights of Man to Valentine Chirol’s Indian Unrest, he seems to have read them all. Even on the day of his execution he was reading Lenin’s biography. 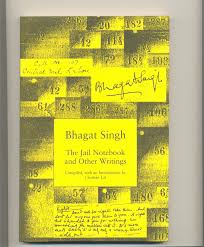 And there is a special poignancy in these lines in the letter that he wrote to his friend Sukhdev as both faced imprisonment and certain death:

I want to tell you that in jail, and in jail alone, can a person get an occasion to study empirically the great social subjects of crime and sin. I have read some literature on this and only the jail is the proper place for the self-study on all these topics. The best parts of the self-study for one is to suffer oneself. (Bhagat Singh: Select Speeches & Writings – 102).

It saddens me that I let these books gather dust on my shelves for so long.

First Line: On the day of Holi, February 27, 1926, when we were getting high on our enjoyment, a terrible thing was happening in a corner of this great province. 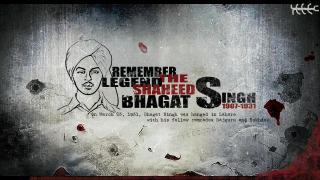