Skip to content
neeruahcop Uncategorized November 21, 2013 2 Minutes
Blame it on Yvette! There I was thinking that I was through with Georgette Heyer and her Regency romances but she wrote one interesting post after another so that finally I caved in, picked up one, and read it at one go (though the review is much delayed) . To my surprise, The Reluctant Widow turned out to be not so much a romance as an espionage mystery set in an England where memories of the French revolution are still fresh and agents of Napoleon Bonaparte are scouting the countryside.

Elinor Rochdale is a young woman forced to find employment after the death of her father. On her way to becoming a governess, she gets into a wrong carriage and finds herself at Highnoons, a decaying country-house. Over there, she meets the suave and sophisticated Edward Carlyon and hears the strangest proposal of her life. Edward wants her to marry his dissolute cousin Eustace Cheviot. His reason is that he doesn’t want to inherit Eustace’s estate which he’d be compelled if the young man remains unmarried. Totally astounded, Elinor refuses to compile. Enter Nicky, Edward’s younger brother who informs them that he got into a duel with Eustace and has fatally injured him. Compelled by circumstances and reasons she is unwilling to admit even to herself, Elinor consents to marry the dying man. In a few hours thus she becomes a wife, then a widow, and the mistress of the crumbling Hihgnoons.

Her first night in her new house is strange and unsettling. Hearing a noise, she gets up to investigate and finds herself face to face with a stranger. The man is dumbfounded when she tells him of the death of Eustace and her marriage to him. Mumbling apologies, he withdraws. Only later does she think about how he had gained entry into the house with all the doors being securely locked. When she narrates the incident to the Carlyon brothers, young Nicky immediately senses an adventure. Meanwhile, another of the Carlyon brothers, John returns home with the news that an important memorandum detailing Wellington’s campaign for the spring has gone missing. There are fears that there is a traitor among those at the Horse Guards. When Elinor recalls that the stranger had a french accent, Nicky imagines that the document is somewhere in the house and that man was an agent of Napoleon who would come again to collect it. That night he lays down a trap for the man. Everybody more or less is dismissive of it till an intruder enters, there are shots in the dark and Nicky is injured. Suddenly the notion doesn’t seem too fanciful. Meanwhile things get further complicated with the entry of Lord Bedlington and his son Francis Cheviot, relatives of the dead man. Then a murder occurs and suddenly the stakes become very high. So where exactly is the document, was the intruder of the second night the stranger of the first night, who is the murderer, what agenda do Bedlington and his son have, and what exactly is the game that Edward Carlyon is playing?

Reading a Heyer after a long time, I enjoyed the book. Thank you Yvette.

First Line: It was dusk when the London to Little Hampton stage-coach lurched into the village of Billingshurst, and a cold mist was beginning to creep knee-high over the dimly seen countryside.

Other books read of the same author: (Among others) The Black Moth. 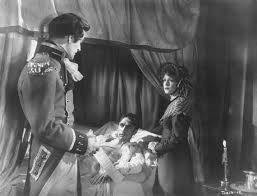