Josephine Bell is the pseudonym of Doris Bell Collier Ball, a prolific writer of mysteries during the Golden Age of Detection. Having lost her father in childhood, the young Doris nonetheless followed his footsteps and went on to study medicine. Later on, she married fellow-doctor, Norman Dyer Ball, and the two set up a joint practice. When her husband died tragically in an accident, Doris was left alone to bring-up their four children. Thus, she picked up the pen in order to add to her income as a doctor. Her first book, Murder in Hospital, was published in 1937. This was the beginning of a remarkable career that saw her publish 64 novels in all. Most of her novels draw upon her experiences as a medical professional.

Death in Retirement, first published in 1953, also follows the same pattern, in the sense that one of her protagonists is a retired doctor.

Gillian Clayton, staying with her aunt, the retired Dr. Olive Clayton, is dismayed when her aunt doesn’t take kindly to the fact that she has become engaged to and is desirous of marrying Max Russell, a young lawyer working in the firm of Renfrew, Polder and Parkins. Having lost her parents in an accident, Gillian is close to her aunt and doesn’t want to antagonise her. But Aunt Olive has serious problems as regards Max. The young man proclaims to be from Canada, has no family members in England, and has but recently joined the firm. As she tells Gillian, she feels responsible for her and is wary of getting her married off to a man about whom so little is known.

But that’s not the whole truth. Having got used to Gillian’s company, Dr. Clayton fears leading a lonely life in her twilight years. Having spent most of her youth, working in a medical missionary institute in India, she finds England a strange place to be in. Also, there is a financial angle, as without Gillian’s income it would be difficult for her to manage the cottage and the household expenses. In a philanthropic gesture, she had asked the mission to not pay her her pension but rather to use it for charitable work.

Gillian, who knows that Max too is looking for decent lodgings, volunteers to stay on in the cottage after her marriage along with Max, and continue sharing the expenses. Max too, she says, is ready for such an arrangement. However, Dr. Clayton puts her foot down firmly, being of the opinion that a newly-wed couple should set up a separate house-hold of their own.

Aunt and niece then rack their brains for an alternative arrangement that will suit everyone. Finally, Dr. Clayton agrees to have a married couple as companions who would live in the cottage and pay their share. However, the agreement that she draws up is very curious. It states that in the event of the death of either of the party, a full autopsy should be performed. And further that the entire property of the dead party should go to the survivor for a period of ten years, after which, of course, it can revert back to the chosen heir.

There is hardly anybody who comes forward to agree to such an agreement but Dr. Clayton insists that it is only for her own safety. Finally, even as Gillian is despairing and Max becoming moody, a couple answers the advertisement and agrees to the term. The only hitch, the Weavers, have a dog. Would Dr. Clayton mind having a dog on the premises? No, she would not. Everybody sighs in relief. The Weavers seem to be respectable, middle-aged couple, with right references.

Gillian is happy; now she can get on with preparing for her wedding. Her troubles seem to be over. But have they just begun? First, Max seems to develop cold-feet about the wedding, dragging his feet trying to find the right flat. Then Muriel Weaver starts taking charge of the kitchen which rubs Miss Bone, the household help of Dr. Clayton, the wrong way. Also Bone is not fond of the dog Trixie which also does not get along with the gardener  Potter. Dr. Clayton tries to smoothen things but they become more tangled. Meanwhile, Gillian starts disliking the Weavers too. She is further astonished when she comes to know that Max had not checked their references properly. When she confronts Max about it, Max tells her that she is becoming paranoid. Their relationship becomes strained.

Things come to a head when Trixie is found dead of poisoning. From rat-poison left carelessly about or from the biscuits that Muriel made especially for Dr. Clayton? An infuriated Potter, who thinks he is being suspected of giving poison to her, leaves his job. Miss Bone follows suit, so Dr. Clayton is left with the Weavers. Doubts, suspicions, claustrophobia, undercurents of tension, feelings of guilt, simmering hostilities…murder is inevitable.

Though there are only a small number of suspects, this novel works well in its depiction of a claustrophobic community. As tension rises, every person begins to be assailed by doubts:

“Here,” said her husband. He thrust the beaker into her hand, and automatically she lifted it and drank, gulping about half its contents before she suddenly put it down on the bed table, to stare at him with fresh panic in her eyes.

But he knew quite well what was to follow. So he kept his mouth shut as he took the beaker, and his back turned to her as he put it on the mantelpiece out of her reach.

“Oh, for heaven’s sake! The same I was drinking myself!”

“Not when I came in the room. You had it in your hand; I know that. But you weren’t really drinking any. Only pretending. How do I know you did drink any? Tell me that. How do I know?”

And even when the identity of the culprit is known, doubts remain, adding further to the chaos.

The novel is also a marvellous description of post-war England. After losing an empire and barely surviving a war which  has left its economy in shambles, England is a shadow of her former self. People find it difficult to survive amongst the steep prices and are forced to migrate. The social churning has undermined the social hierarchies. Servants not merely turn their backs in ill-mannered gestures but also answer back. Gone are those servants of yore who had great loyalty towards the family they served.

Dr. Clayton went out to the kitchen. Miss Bone heard her come, but remained at the sink, with her back turned to her employer, clattering the teacups and plates with dangerous vigour.

“I can’t talk to your back, Miss Bone. Please stop the washing-up for a minute, and turn round to face me.”

“I’ve got my work to do,” answered Miss Bone, still presenting her back. “And I’m not a child in school, nor yet one of your black natives to be treated like a child, poor devils. I’m late already. what with arguing and fault-finding. I don’t suppose you want to pay overtime.” (56)

The plight of the elderly too is well brought-out.

“…Your saintly missionary aunt is getting senile.”

Gillian remembered her own fears, and the way she ahd watched her aunt for further signs of decay. but a chill crept over her to hear Max declare the same thing. It was too easy to call old people senile if you didn’t agree with them, or if you caught them out in a petty deception you were quite capable of trying to effect yourself. It was too sinister. It suggested the mental home, unjustified restraint, pitiless injustice. (46)

All in all, a book well worth the read. I am glad to have discovered another GAD great and would love to read more of her works.

This and a number of other titles by Josephine Bell have now been published by Bello, an imprint of Pan Macmillan. Besides Bell, there are a number of other half-forgotten writers. Books are available both in paper and digital formats. Their catalogue (guaranteed to make your mouth water) can be savoured over here.

As a participant in the Vintage Mystery Challenge, hosted by Bev Hankins @ My Reader’s Block, I was lucky enough to receive a copy from the publishers. This offer is open to all non-US participants of the challenge. [If you needed another initiative to join this challenge, here it is :)] Details can be found over here. 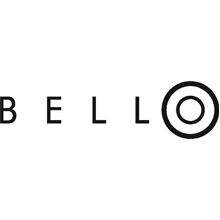 Disclaimer: Receiving a book free from the publishers,  in no way influenced this review. Nor did I receive  payment of any kind.

*
First Line: “I am terribly sorry, Aunt Olive, but we are quite definitely engaged.”

Submitted for the Vintage Mystery Challenge

14 thoughts on “Forgotten Book: Death in Retirement by Josephine Bell”