Tuesday Intros is a weekly meme hosted by Bibliophile by the Sea in which one shares the opening of a book. Here’s mine:

Amanda had not been really frightened until she found the bottle. Horrified certainly: shaken by incredulity and shock, but not with fear. Not with this cold, crawling apprehension of evil…

Teaser Tuesdays is a weekly meme hosted by Should be Reading in which one shares a couple of lines randomly from a book. Here’s mine:

But Amanda was not listening. She was seeing again the shadowed drawing-room as she had seen it on the previous evening when, rigid with the terrified conviction that the silent room contained someone besides herself, she had looked about it with panic-stricken eyes.

Interested in what is terrifying Amanda so much? Then go read Death in Cyprus by M.M. Kaye.

The gals at The Broke and the Bookish want us to make a list of ten books that one read before one started blogging.

Well, I started blogging only in the middle of 2010 and therefore to choose only ten out of the hundreds of books read before that is quite a task! So right from the top of my head (and only novels):

1. The Room on the Roof by Ruskin Bond

This story of young Rusty was part of my sister’s syllabus. When Nitu di finished it, she asked me whether I’d be sad if it ended in a particular way. I remember saying not at all. And then I finished it, and it did end in that particular way, and I wasn’t merely sad, I literally howled. This bildungsroman is part of my own growing-up.

When I think of those lazy years of yore than Chandrakanta (and its sequels) comes to mind. This tale of beautiful maidens, handsome princes, and dare-devil aiyars has it all: Magic, romance, tilism, bravery, valour, cowardice. Thank you Papa for imparting your love for this enchanting series to us.

3. The Murder of Roger Ackroyd by Agatha Christie

After the Five Find-Outers, and the Three Investigators, one graduated to Agatha Christie. I still remember the shock that ran through my body when Poirot announced the name of the murderer. Novels were simply not written this way…

4. The Birds of Paradise by Paul Scott 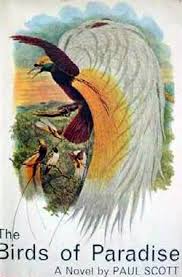 Paul Scott is one of my favourite authors. This novel which has three friends meeting after a long time, when they are no longer young and hopeful, is written in a language that is absolutely poetic.

5. A Suitable Boy by Vikram Seth

I am very proud of the fact that I read Seth’s mammoth of a book in a matter of days. Seth’s novel about the search of a young girl for a suitable match brilliantly captures the spirit of a newly-independent India.

6. The Shadow Lines by Amitav Ghosh

Borders are shadowy things and yet in moments of trouble they become insurmountable barriers. Ghosh’s book about the troubled history of the Indian sub-continent with lines that both tie and divide us is a classic in its own right.

7. All Quiet on the Western Front by Erich Maria Remarque

Remarque’s novel about a young German boy who receives his baptism in the trenches is heartbreaking in its depiction of the futility of war. Perhaps the best WWI story I have ever read.

8. The Tomorrow Country by Jack Wilson
A heart-wrenching novel about a dysfunctional family. There are passages in it that I would read over and over again.

9. The Quiet American by Graham Greene 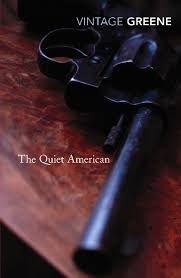 Like Paul Scott, Greene is also one of my favourites, and this story of love, loss, and longing is an absolute winner. If only we were sure of what we wished for…

10. Some Must Watch by Ethel Lina White

For a long time, I thought that there was no other mystery writer other than Christie or if there were they were second-grade. And then one day I read this book -right through the night and then unable to sleep in the dark for days together – and realised how very wrong I was, how very wrong. There are other writers who are as good if not better than Christie.

Have you read these? Do you remember them still? What are some of your favourites? Do share.