Skip to content
neeruahcop Uncategorized February 23, 2013 2 Minutes
The past is a foreign country: they do things differently there. These words of L.P. Hartley kept resounding in my head as I went through The Last Musha’irah of Dehli, the English translation of Mirza Farhatullah Baig’s Urdu classic Dehli Ki Aakhri Shama.

It is a Delhi, I did not recognise: cultured, civilized, poetic, literary, with a charm hard to beat. Comparing it to the uncouth, savage, rude city it has become of late is…well one simply cannot compare the two.

The author, states in the preface, that he wanted to write a book in which Urdu poets of all ages would be present. Since it was difficult to present poets of all generations under one roof, he decided to concentrate on the poets in Delhi at the time of the last Mughal ruler: Bahadur Shah ‘Zafar’, himself a poet of some repute. Drawing inspiration from Karim-ud-Din Maghfoot’s book Tabquat-ul-Sho’ra-e-Hind which depicted a musha’irah that had taken place in the year 1845, Baig made him the narrator of his book.

Karim decides to organise a musha’irah (poetic symposium) in Delhi (or rather Dehli, as the city was called at that time). However the going is tough as rivalries amongst the poets, and the paltry stipend that the Emperor receives from the East India Company has robbed the grandeur of the past. Nevertheless, he tries his hardest best and is helped in this task by Navvab Arif Khan, a nephew of Mirza Ghalib. The ailing Arif who knows that his days are numbered and who wishes to witness and participate in such an august gathering before he passes away goes all out to assist Karim in organising the Musha’irah.

What follows is an evening to remember. One after the other all the great names of Urdu literature: Ustad Zauq, Mirza Ghalib, Hakim Momin, Ustad Ehsaan, and Dagh (a novice at that time but soon to join the illustrious galaxy)  present their compositions. Even as the audience (and the reader) is enraptured, the shadows gather over the Mughal Empire, a culture, a way of life. There is Nothing, Nothing, exclaims a poet, even as he unwittingly blows out the shama and makes his way out in the darkness…

First published sometime at the turn of the 20th century, this translated version of the novel was first published in the seventies. There is a detailed introduction at the beginning for those not conversant with the Ghazal form of poetry. However, the editing is shoddy at times and there are quite a few typos. They do not take away anything from the beauty of the poetry but are nevertheless shocking since the publishers (Orient BlackSwan) are those of repute.


First Line: What lust for happiness dogs our steps!
But if there were no death there would be no zest for living.
Title: The Last Musha’irah of Dehli.

The book can be easily purchased online. I borrowed it from DPL, opposite Old Delhi Railway Station.

Submitted for The Classics Reading Challenge 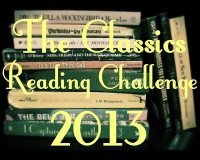 4 thoughts on “Forgotten Books: The Last Musha’irah of Dehli by Mirza Farhatullah Baig”