Book Beginnings is a meme hosted by RoseCity Reader where one shares the opening of the book one is currently reading.

Here’s mine from Frantz Fanon’s classic The Wretched of the Earth. 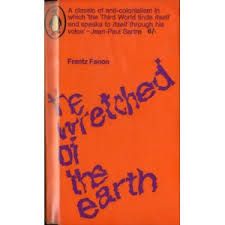 National liberation, national renaissance, the restoration of nationhood to the people, commonwealth: whatever may be the headings used or the new formulas introduced, decolonization is always a violent phenomenon.

The Friday 56 is a weekly meme hosted by Freda’s voice where on shares a snippet from page 56 of any book. Here’s mine from Anthony Gilbert’s The Musical Comedy Crime.

“Did he give many dinners here?”

2 thoughts on “Book Beginnings and Friday 56”