Skip to content
neeruahcop Uncategorized January 13, 2013 3 Minutes
Last year, I had decided to do a feature called Twelve Best. The idea was to post a list of my favourite reads. However, due to a lack of time and commitment, I could not do it more than once. This year, I am determined to make it a regular feature, though now titled: A Baker’s Dozen.

On the joyous occasion of Lohri, here’s my first post. A list of my favourite (mystery) reads of the year 2012.

So here goes, in ascending order (clicking on the titles will take you to the reviews of the books):

Tired of reading mysteries set in the modern times, try the medieval period. Liddle’s book is selected because of its unusual setting: The Mughal period in India. Even as Shah Jahan grows old, and the battle of inheritance intensifies between his two sons: Aurangazeb and Dara Shikoh, Muzaffar Jung finds himself investigating a case of murder that involves his friend.

My first Stout had Nero Wolfe involved in finding the mother of a child abandoned at a door-step. Archie’s narration is top-class, if only the motive for murder had been more convincing.

Dickens’ last, unfinished novel is not so much a mystery as the fascinating study of a man beset by demons: John Jasper. The opening scene in the opium den scores for being one of the most brilliant openings ever. Inspector Finch loses his way and finds himself in a house driven apart by hate, secrecy, and murder. Erskine is not considered quite top-drawer but I her far better than some of the others who are considered more accomplished. 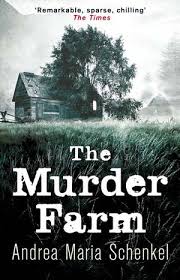 Not so much a conventional whodunnit as a study of sin and crime. Just who is a culprit? One who wields the murder weapon? What about those whose crimes are ignored by the society at large? Winner of a number of crime prizes round Europe, Schenkel’s book is also a look at Germany’s self-destructive Nazi past.

An old woman is found dead at the bottom of the stairs. Did she slip or was she pushed? One of those old police-procedurals that I love: not so much forensics as archival research and hunting for clues.

A mad-cap of a mystery starring bishops who slide down bannisters, vicars who are visited by poltergeists, detectives who judge beauty-pageants, and murderers who eat the dinner of their victims. 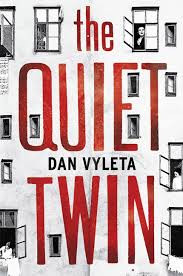 “I can make no claim that I understand National Socialism. That would mean that I understand how a society could have produced camps designed to exterminate those who used to be neighbours, colleagues, teachers, doctors, plumbers, violinists.” Author Dan Vyleta might not understand the phenomenon of Nazism (National Socialism, indeed!) but his book set in an appartment complex in Vienna at the start of WW II is an absorbing look at a society caught between terror and guilt.

Anthony Gilbert has been the find of last year and this book has a knock-out punch in the end that takes one’s breath away.

A writer decides to investigate the life and times of a noted criminal Dimitrios. Following in the latter’s footsteps, he travels all over Europe. But was there a Dimitrios in the first place?

Can murder be committed by switching lights on and off? Ismail Kadare’s Man-Booker award winning novel is an investigation into the real life murder of Mehmet Shehuu, the second most powerful man in Hoxha’s fiefdom, Albania. A brilliant look at power-hierarchies.

Marie Belloc Lowndes, like Anthony Gilbert, was the find of 2012. Ostensibly, there is nothing different in this story of a woman who plots her husband’s death. But there are books in which the sub-text is so terrifying that you fear reading the next line or turning the next page. This is one of those.

And now, ladies and gentlemen, please put your hand together as I unveil my top-most favourite mystery read of the year. At number 1, we have There are books which involve the world reeling on its axis. Remember when Poirot announces the name of the murderer in Roger Ackroyd? When you look up after reading that particular line, the world is not what it was earlier. So it is in this book. When the name of the murderer was revealed, the earth shifted on its axis, so that nothing seemed to be what it was a few minutes ago.

Submitted for the best crime reads @ Mysteries in Paradise.