Skip to content
neeruahcop Uncategorized October 23, 2012 2 Minutes
Todd Mason at his blog, Sweet Freedom, has an interesting weekly feature: Forgotten or Overlooked Films#. This week, I too have taken the plunge and posted a review of a movie that I saw a couple of years ago. Head over to Todd’s blog and see the other posts.

Neil Randall(Gerald Butler) is really living it up. He has a loving and caring wife, a lovely daughter, and a high-profile job. In fact, he has just been given a promotion which pleases some of his colleagues, like Judy, but not some of the others. Their displeasure makes no difference to Neil because he feels that he deserves all the riches of his life. However, life changes in a moment when a stranger Tom (Pierce Brosnan) informs him that he has kidnapped his daughter Sophie, and now Neil and his wife, Abby (Maria Bello) have to do whatever he demands of them. And his demands are peculiar. He asks them to withdraw all their money from the bank and once they have done so, he burns all the dollar bills and throws away their wallets. Then he takes them to a strange part of the town and asks them to get him $300, which Neil and Abbey arrange by selling of some of their possessions. Then he asks them to deliver a courier addressed to Neil’s superior which contains some dirty secrets which would make Neil lose his job. 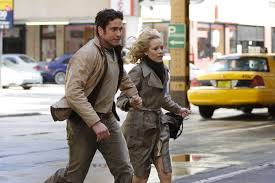 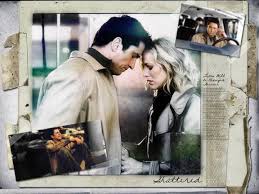 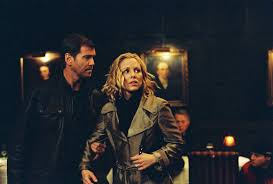 At his mercy, the Randalls do whatever he asks them to. They also come to know that he has Sophie kept in a hotel room. They try to rescue their daughter but fail to do so and Tom in order to punish them for this transgression asks Abby to strip. Even as her anguished husband watches, Tom licks Abby’s shoulders.

Then he takes them to a house, puts a gun in Neil’s hand and asks him to kill the person in the house. The person turns out to be Judy, Neil’s colleague from the office. How far can a man go to save his loved ones? Will Neil kill an innocent woman to save his daughter? Will Sophie be rescued?What exactly is Tom’s motive? Why has he woven this web round the Randalls? The shattering climax leaves one astounded. 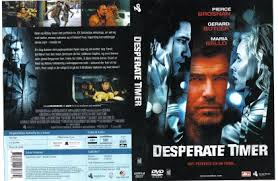 Directed by Mike Barker, this movie was released in 2007. Good performances by the cast and a gripping plot make it worth a watch.

# Todd has informed me that the meme is called “Tuesday’s Overlooked Films and/or Other A/V”.

4 thoughts on “Overlooked Film: Butterfly On a Wheel”