Skip to content
neeruahcop Uncategorized August 10, 2012 3 Minutes
Finch felt the hair stirring at the back of his neck. There had been something so unnatural, so – abominable was the word that leapt to his mind – in that tall elegant figure that he stood frozen. The dark silent house, the beleaguering trees, the sense of utter solitude, the corpse-white face at the window held him for a moment in the bemusement of a nightmare. This seems to be the season of discovering exciting authors. In a couple of weeks, I have read John Rhode, Freeman Wills Crofts, Anthony Gilbert (and what a find that was!), and now Margaret Erskine.

On his way, to meet his aunt, Inspector Septimus Finch of the Scotland Yard, loses his way across the moor and lands up at Lome Abbey, the house of the Melafaunts. As he is about to tug at the bell, a corpse-like face beckons him from an upper-story window. Before Finch can respond, the face disappears. Though Finch is welcomed warmly, he cannot get that face out of his mind. The house too seems eerie and on the edge. Predictably enough, there is soon a knock on the door and the local police enters. Apparently, Inspector Fulton had received a call by one of the Melafaunts, Peveril, who told the Inspector that he had discovered ‘something stupendous’, and asked him to come over. Fulton is certain that the information that Peveril wants to impart has something to do with the recent bequeathing of the house – in suspicious circumstances – to Giles Melafaunt, a distant cousin, rather than Peveril’s own sister Clare.

A search ensues for the missing Peveril and when his broken body is discovered a little later, it seems that the Melafaunts’ bloody history of slaughtering abbots and killing wives suspected of being witches is about to repeat itself…

More than the mystery – which was pretty good – I enjoyed the humour in this atmospheric tale. There is Chief Constable, Major Grey, who honks into his handkerchief whenever something distresses him. There is the friendly banter between Finch and Freddie Dawes, who is in the local police and who, poor fellow, always has something happen to him when in the presence of Finch.

There are also the views of Inspector Fulton whose middle-class thoughts on the ways of the upper-classes are worth sampling. Here is one such:

Fulton’s non-conformist mind was shocked. So that’s what goes on among the upper classes, he thought, not without enjoyment. Young ladies practically naked, and licentiousness. Pride, lust – as a good chapel man the seven deadly sins were familiar to him. They ran now through his mind like scarlet beads enlivening the drab room.

Looking for references to the history of the period, I found that Giles’ father was in the British Army in India so the son had little contact with the father. Also William Melafaunt, the black-sheep of the family, ambled off to Australia after bringing disgrace to the family. The colonies, it seems, were a convenient way to dispose off undesirable family members (or superfluous characters)  in the period.
*

While looking for Margaet Erskine on the Net, I came across a fascinating discussion at Mysteryfile. Curiously enough, an interesting nugget of information mentioned three of the authors whom I have discovered but recently. John Rhode, it seems, wanted Erskine to be admitted as a member of the famed Detection Club and one of the members to whom he sent her books was Anthony Gilbert who didn’t find her meritorious enough, complaining that her sentences were choppy.

For more of this discussion, go here.

First Line: The dilapidated-looking racing car came to a standstill.

Alternate Title: The Voice of the House

The book might be available in libraries or second-hand book shops. I borrowed it from a library. 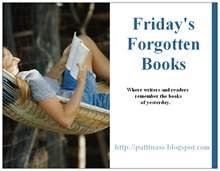 4 thoughts on “FFB: The Whispering House by Margaret Erskine”